In celebration of Churchill Wild’s 25th anniversary, we thought we’d create a gallery of some of the amazing polar bears we’ve walked with over the years. We’ve seen an astonishing number of the great white bears, thousands actually!

We were recently gathering and organizing for our new anniversary book, Churchill Wild — 25 Years of Adventure on the Hudson Bay Coast, and below are 25 polar bear photos we came across on our hard drives. There were so many more we could have included, and it was basically impossible to choose only 25 photos. We’ll be using all of our best polar bear photos in future albums.

Some of the photos you’ll see below were taken by professional photographers and some were taken by guests. All were captured from July through November at Seal River Heritage Lodge, Nanuk Polar Bear Lodge and Dymond Lake Ecolodge. Each photo links to something different. Some link to photographer sites, others to blog posts or safaris, and all to something interesting.

We hope you enjoy these photos as much as we have. We were just along for the ride. But what a ride it has been! The famous Scarbrow on the move at Dymond Lake Ecolodge. Jiangou Xie photo. A cuddle for Mom at Seal River. Vikram Sahai photo. “I made the cover of a textbook.” Nanuk Polar Bear Lodge. Charles Glatzer photo. 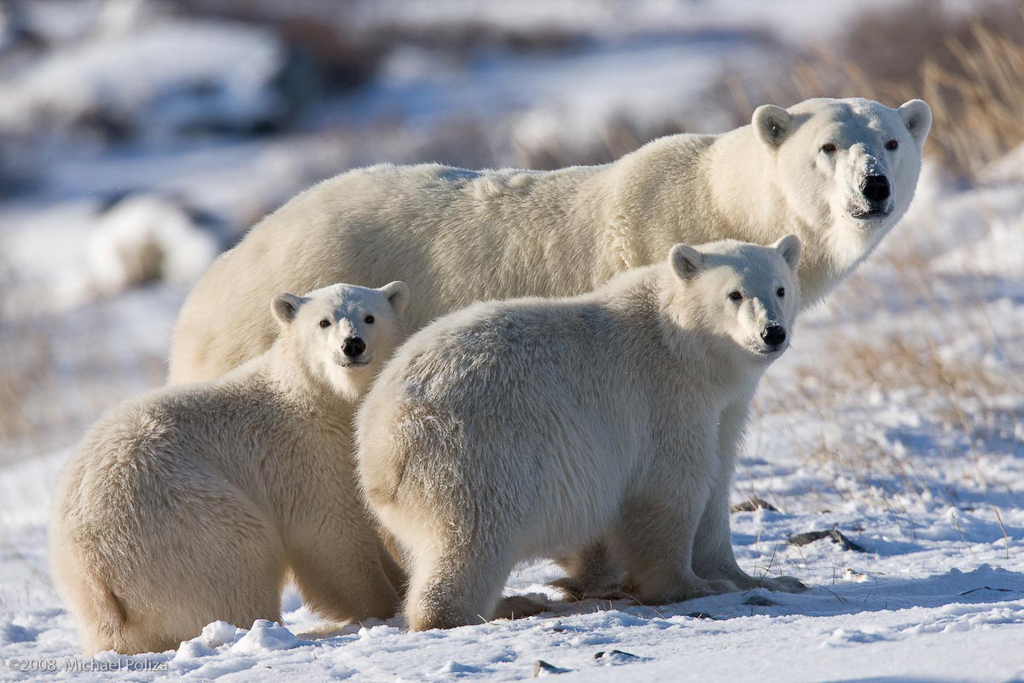 Bonus photo! Because we couldn’t resist 🙂 This one from Churchill Wild’s original Chief Photographer and Polar Bear Guide Dennis Fast.