Arctic Jewels, Forage for berries in the arctic climes and remote wilderness of Northern Manitoba, Canada

White petals of wild chamomile dance in the gentle wind along the rocky shore of Hudson Bay. The yellowing tips of sea lime grass sway nearby. Overhead, a small flock of Canada geese pierce the brilliant blue sky, while somewhere, hidden, polar bears laze in the morning sun, or so I hope. It’s summer, when the polar bears of the Canadian Arctic spend their days sleeping on grass ‘daybeds’, sparring with friends and swimming in the chilly bay. They also often forage for berries that grow low across the sprawling tundra, and it’s these berries we’re searching for today, too. Guided by Terry Elliot, a Canadian whose red hair and beard is as wild as his heart, we leave the safety of Seal River Heritage Lodge, a wilderness lodge in remote Manitoba, Canada. We’ve entered the realm of the polar bear and our senses are heightened as we scan the tall grass and mudflats for signs of them. Elliott spots one far off in the distance, so we head in the opposite direction. “Stay nice and close to me now,” he instructs as we make our way around the outside of the timber lodge, my home for the next three nights. I follow just footsteps behind, searching for the off-white coats of the bears. Dressed in purple ‘berry picking’ pants borrowed from the lodge, and a fluoro pink beanie, I hardly blend in to the mute landscape, but I’m in safe hands. Elliott is a seasoned guide in Canada’s remote provinces, and is carrying bear spray, noise deterrents and, as a last resort, a rifle. Fortunately, he’s never had to use it. We don’t walk far before we come across small blueberries growing in abundance across the tundra. They’re sweet and I can’t resist picking a handful to munch on as we walk. Next, we spot tiny dark berries growing in the scrub at our gumboots. They’re crowberries, Elliot says, and are a polar bear favourite. Nearby, red lingonberries grow on a crawler close to the earth. They need a frost to ripen and are picked in September, so we let them be. Elsewhere, there are cloudberries and cranberries, and we also come across the occasional Arctic raspberry, and are sure to sample a few. Although we’re not officially on a berry picking tour today, guests can request to join the lodge kitchen staff when they head out to forage. Seal River Heritage Lodge is five kilometres north of the tree line, and, as a result, vegetation here grows low to the ground. When you arrive in a small nine-seater plane from Churchill, the landscape appears desolate and barren. Yet, with each passing day, you come to learn about the flora and fauna that thrives in these harsh conditions. Orange, white and green lichen crawls over boulders exposed during the bay’s large tides. Tiny birds scamper across the mudflats in search of food. Above the permafrost, the berries grow alongside wild bolete mushrooms (“the beef steak of mushrooms,” Elliott says). Chamomile flourishes and makes for great tea, while there is also Labrador tea (or ‘trapper tea’), which is similar to eucalyptus and works well infused with alcohol, or so I’m told.

Among the edible treasures, young fireweed is sprouting and is in full bloom across the landscape by the end of July. Purple rhododendron also flowers here, while wispy Arctic avens wave in the breeze and have the appearance of cotton, reminding me of rural Australia. As we continue wandering, an Arctic hare hops across our path. His coat is turning white in preparation for winter and he pauses long enough for me to capture him on camera. Small rodents called siksiks dart between bushes. Sandhill Cranes warble as they pass in pairs, while Canada geese are everywhere and white snow geese soar to the south.

We stop at a rocky point jutting into Hudson Bay. The water is being whipped by a wind that’s gaining strength, yet the environment remains incredibly peaceful. My gumboots crunch over discarded blue mussel shells as I breathe in the fresh air. I sit for a while on bleached driftwood, thinking about the serenity and beauty of this remote corner of Manitoba. I’m humbled by its majesty and soothed by its ruggedness. In just a few months the bay before me will once again turn to pack ice and the tundra will be covered in snow. Back inside the lodge, we warm up around the fireplace, chatting about the incredible, almost prehistoric landscape around us. As I stare out at the bay, a large polar bear walks past the window. He stops, points his dirty nose in the air and appears to stare back. I scramble for my camera, shocked at how close this bear has ventured. I’m later told it’s a common occurrence. Still, it’s another reminder that I’m the guest here.

Although foraging for Arctic berries is a great experience for travellers to Seal River Heritage Lodge, operated by Churchill Wild, the main attraction is no doubt the mighty polar bear-the largest land predator in the world. Polar bears converge on the tundra around Seal River when Hudson Bay begins to thaw in spring. This annual habit attracts photographers from around the world, eager to immortalize a wild bear on camera. Daring travellers are also drawn here for the opportunity to swim with beluga whales. When the weather is right, they climb aboard Zodiacs and motor into the bay, always on the lookout for pods of the white whales. One at a time, guests don dry suits, neoprene hoods and gloves, and masks and snorkels, and drop into the frigid water. For as long as they can last, they float behind the boat, humming Beatles tunes in the hope belugas will pay them a visit. And the whales do, coming within inches of snorkellers’ faces.

Churchill Wild cofounder and lodge chef Jeanne Reimer says the unique on-the-ground polar bear tours and opportunity to swim with belugas are the reasons travellers visit. And this past season, she says, has been phenomenal for sightings of both creatures.

“The first bears, a mum and two cubs, showed up around the 20th of June and it’s been non-stop ever since,” Reimer tells me. “There was one day at the beginning of the season where guests were treated to three sets of mums and cubs hanging out around the lodge.”

As a third-generation Churchill resident, it’s no surprise Reimer adores the remoteness and beauty surrounding Seal River Heritage Lodge. She also loves “sharing it with people from around the world who truly appreciate it (and) seeing it through their eyes”.

Aside from being a great hostess, Reimer is also in the kitchen during my visit. There, she whips up a plethora of berry treats: cloud berry jam, jelly and syrup; cranberry sauce to go with turkey pie; a cranberry cake with butter sauce; and blueberry muffins. Despite the availability of berries around the lodge, there are culinary challenges to being based somewhere that’s inaccessible by road. Cost, freshness and supply are the main headaches. “Depending on schedule we often can’t order fragile produce as it will not last until we can use it,” Reimer says.

She also struggles with the lack of variety of fruit and vegetables, high freight costs to transport the produce this far north, and interruptions in supply of fresh produce and dairy. As a result, lodge staff grow what they can. On the veranda (out of reach of the bears) there’s a small herb garden with oregano, thyme, basil and parsley, as well as a few vines of tomatoes.

Before we sit down for dinner, I join other guests in the main lounge and enjoy Reimer’s warmed brie covered in blackcurrant jam. And just when I think the day couldn’t get any better, I’m handed Seal River’s signature aperitif, a tundra-tini, stirred to perfection with the very berries we foraged in the morning. 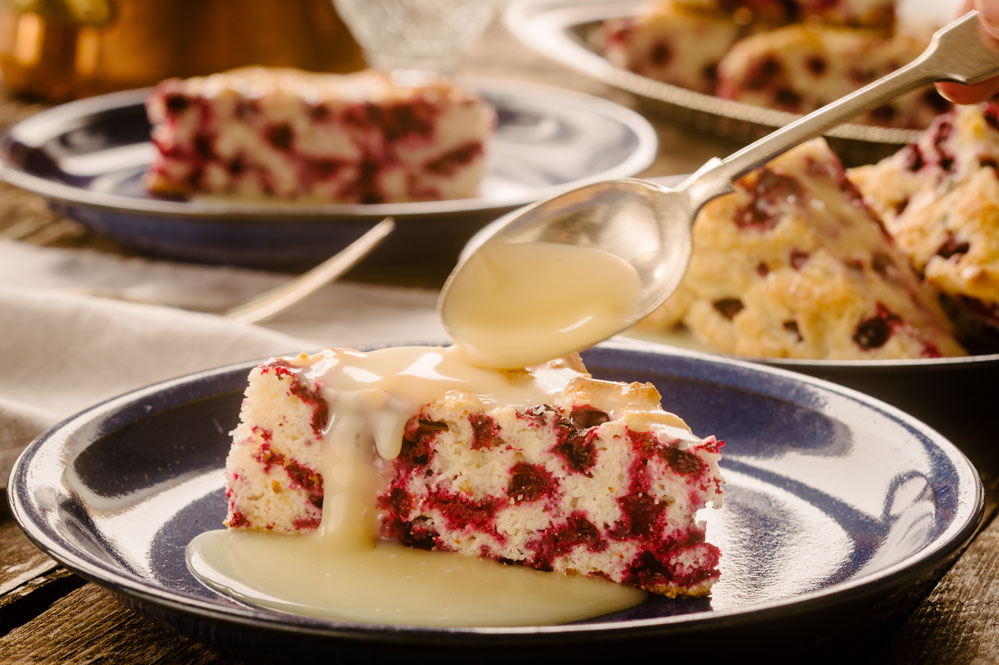