The Artist and the Polar Bear. The Story Behind the Photo.

“It was an experience I will never forget.” ~ Artist Peter Hall on meeting a polar bear face-to-face in the wild.

Artist Peter Hall was at Nanuk Polar Bear Lodge this fall for the Polar Bear Photo Safari and came eye-to-eye at ground level with a polar bear in the wild for the first time. Peter’s extraordinary talents as an artist came shining through in this series of photos, but we’ll let him tell you “The Story Behind the Photo (s).

The very first wild animal I ever fell in love with, one that captured my heart and my imagination, was the polar bear. I was probably only about six or seven years old when I first saw one at the Johannesburg Zoo, a terrible place for such a majestic King of the Arctic, but it set my mind thinking about where it had come from, what place it called home.

It made me, even back then, want to go adventuring one day to see a wild polar bear, on the ice. On this trip I finally got to see “my Polar Bear” where it was supposed to be. Face-to-face and out on the frozen tundra of the Canadian Arctic. It was an experience I will never forget.

He was completely relaxed, rolled around on the ice for a while, even showed me the undersides of his feet! He wanted to come on over and say hello, or so it seemed. Curious, huge, gorgeous, but sadly as a species, under threat. Fortunately, with some gentle encouragement from the three superb guides, he decided to slowly head off on his original path along the edge of the Hudson Bay… into the wild. He was completely relaxed. Rolled around on the ice for awhile… 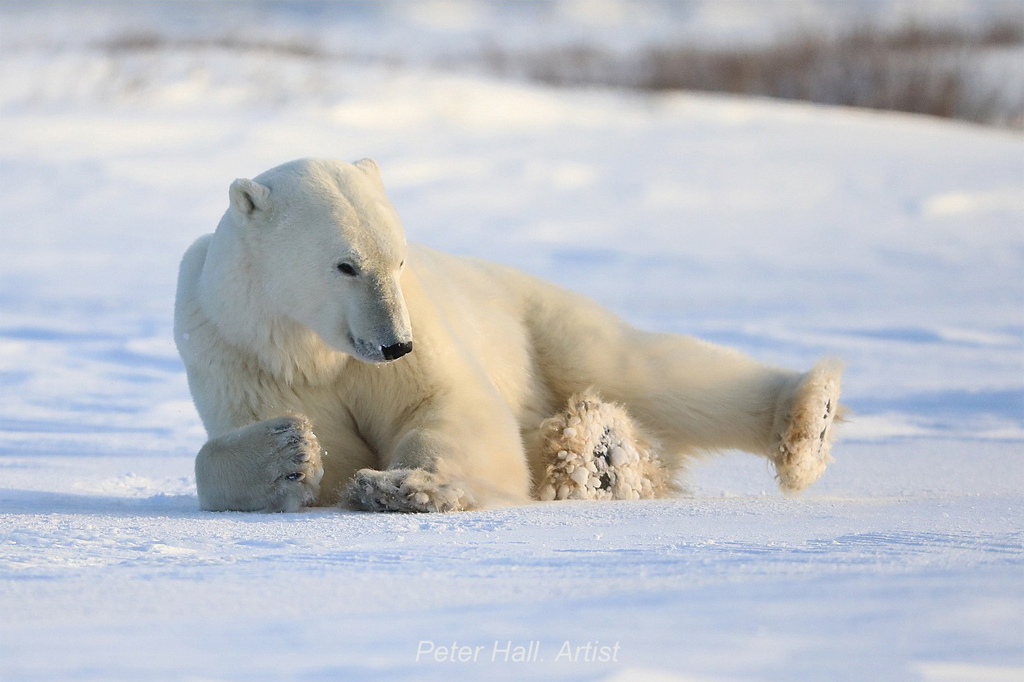 He showed me the undersides of his feet! He wanted to come on over and say hello. Or so it seemed.