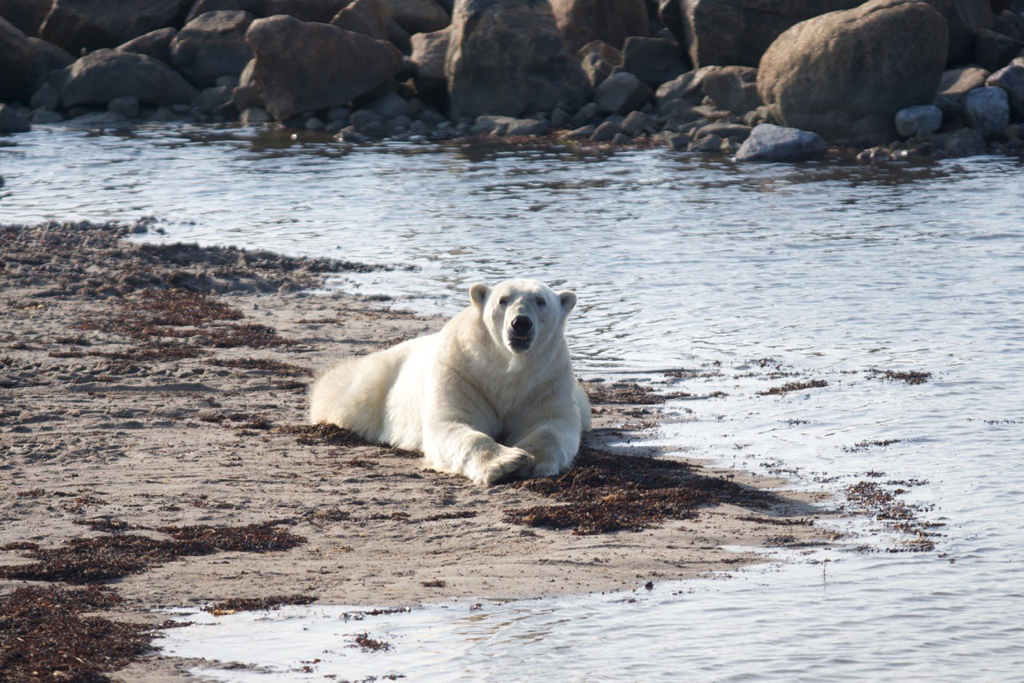 Polar bears like to relax on hot summer days too!

What we have learned over the years at Seal River Heritage Lodge is that polar bears can be anywhere anytime and don’t necessarily act how you might expect them to. This afternoon was a great reminder of that!

We wandered out to a mother and cub that we’d spotted from the observation tower and discovered that there was another bear laying a few meters from the pair. It was a large, healthy, female bear just sleeping near the Mom and cub. Though it is not unheard of for females to be comfortable around each other, it was an interesting dynamic to view. When we got back to the lodge that evening, we were surprised that not one, not two, but three other bears were hanging out on the point in front of the dining room. There was some discussion, posturing and chasing each other about, until two of the bears finally plopped themselves down on a low-tide beach about 10 meters from each other and decided to enjoy the sunshine.