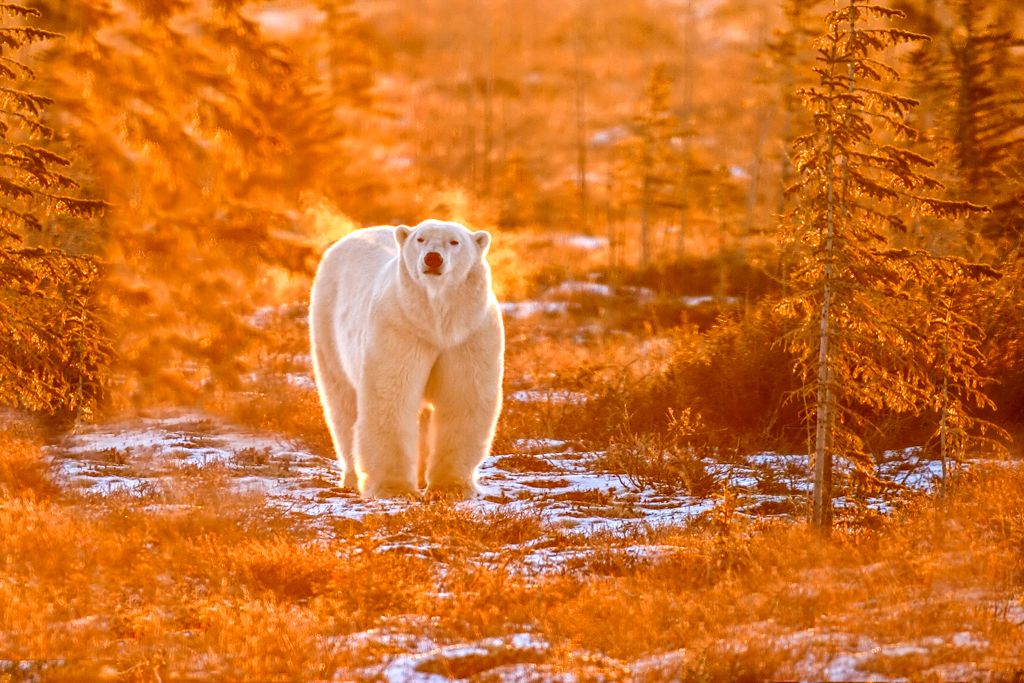 Polar bear in fall snow skiff at Dymond Lake Ecolodge. The Story Behind The Photo.

Story and photo by Dennis Fast

It was late fall, the weather was turning colder, and the skiffs of snow that fell were just beginning to linger.

It was early morning at Dymond Lake Ecolodge when this bear appeared. As I dashed outside for a photo, the cold, amplified by the icy winds coming off Hudson Bay, made me shiver.

The bear approached cautiously but did not seem threatened by my presence. For the next few minutes I tried to anticipate the bear’s every breath in an attempt to catch his quickly freezing exhalations.

The strong wind immediately rushed every puff behind the bear so I never captured it to my satisfaction. Not even a brief burst of shots at every breath managed to catch the perfect moment.

Ultimately, I realized that the magic of the light and the moment told a story greater than a single breath. As someone once said, “The best moments are not about the breath you take but about the ones that take your breath away.”

This moment continues to be one of my all-time favourites from Dymond Lake.

Copies of Churchill Wild — 25 Years of Adventure on the Hudson Bay Coast are now available online and in-store at McNally Robinson Booksellers and at our head office. There are also a limited number of copies available at our polar bear lodges from July through November, during our polar bear walking safaris. For more information please call 1.866.UGO.WILD (846.9453) or email [email protected].