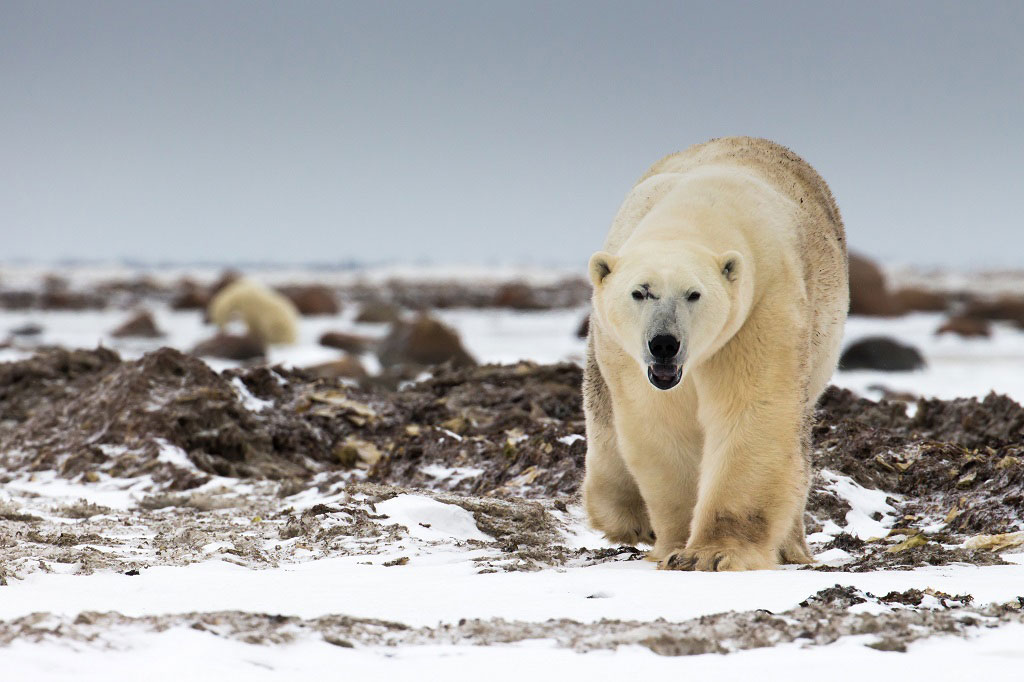 Is this the best Churchill Wild ecolodge?

Dymond Lake Ecolodge is where I started my fledgling career of being a hula dancer. It’s one of the many embarrassing childhood stories I have, thanks to having two older sisters. If you buy me dinner sometime, I might enlighten you.

My childhood was bursting with adventure and guests often ask me, “Which is your favourite lodge to walk with polar bears at?” I’m flagrantly biased, but I actually don’t have a favourite. What is unique about each lodge are the ties that they have to your heart, and they each hold their special place in mine. Every polar bear I’ve met has stunned me, regardless of which lodge I was at. That being said, when the plane lands at Dymond Lake, I’m met with a strong sense of nostalgia — and often greeted by a polar bear too.

My father used to clear a spot on the ice for us to learn how to skate with the polar bears. We would toast our toes around the lounge fireplace while playing cards or make-believe-adventurers. It’s the one place my siblings and I nearly had a close encounter with a polar bear, because we ignored the strict safety protocols our parents had developed. We just had to make a mad dash for one of Mom’s signature hot lunches. And afterwards, Mom would teach me multiplication with kitchen spoons while we were washing the dishes. Dymond Lake Ecolodge as seen from the frozen lake we learned to skate on. With polar bears. Scott Zielke photo.

On numerous snowmobile trips from Churchill to Dymond Lake, I bumped along, bundled up in a komatik, fighting ferocious winds to call out to my father because I needed a bathroom break – and a break from the jostling and jolting.

Dymond Lake Ecolodge is home to the largest snow drifts (translation: the best snow forts!) of my childhood. It’s where I spent every Halloween, knocking on guestroom doors and being rewarded with candy my parents had snuck into the guests earlier. Our costumes were normally old bedsheets with two eye holes poked out. We rotated between calling ourselves ghosts and polar bears in a snow storm.

The Dymond Lake property has a long history, and not just for me. It has been in the family since 1967, and before that, it is thought to have been a stopover point for Indigenous people travelling between Churchill and Nunavut. There’s also the possibility that it was tied to the booming fur trade.

Dymond Lake Ecolodge is located in a transitional area between the ecosystems of the boreal forest and the tundra. The location of the lodge, set slightly inland from Hudson Bay and next to a freshwater lake, makes for rich wildlife viewing opportunities. Polar bears are the stars of the show at Dymond Lake Ecolodge, but they have a supporting cast!

Our polar bears are the stars of the show and the focus of our daily hikes along the coast, but there are many other supporting characters. Occasionally we’ll see wolverines, which is a real treat, as these elusive guests like to wander the lake’s shoreline. And moose often peek out from the willows where a snowy owl might be perched.

And of course, there are the northern lights. Some of my favourite aurora borealis photos were taken at Dymond Lake, on the back step of the dining room. Speaking of dining, it’s not uncommon to see meal time visitors pass by our large picture windows all fluffy and white: polar bears, ptarmigan, Arctic fox and Arctic hare love to emerge from the willows just as you’ve sat down to eat. It’s how they get us to do our squats. There is something about the spirit of Dymond Lake that always leaves people with a strong sense of comradery by the end of their trip. The quiet evenings spent in the lounges talking over wine and hot drinks by the fire emit a nostalgic glow of quieter times. Friendships form in three short days at the lodge, as the wilderness and silencing of the outside world allow you to truly connect with each other, and with nature. Shared childlike excitement over seeing a polar bear strutting across the frozen lake in the halo of a sunset is enough to melt even the most stoic of guests.

A great feature of travelling so remotely is that no one on your trip can be running a live video stream while you’re walking with polar bears. Cell towers don’t reach us and phone batteries don’t thrive in the sub-zero temperatures, so you don’t have to worry about a fellow traveler telling their Aunt Sally back home how cool the polar bear looks while it’s rolling in the snow. (No offense to any Aunt Sallys out there). You do have access to WIFI at the lodge, so you can still post your Instagram story or send an email to update friends back home. Ptarmigan out for a walk at Dymond Lake. Henry Altszuler photo.

Churchill Wild is committed to giving our guests a truly immersive experience, so we have a small indoor viewing deck and dome for those who don’t want to stand in the snow to view the northern lights. If you prefer to be outside, the lodge is safely ensconced within a fenced compound, so you don’t have to worry about becoming a bear’s midnight snack as you enjoy the light show.

This unassuming property has all the charm and access to wildlife of our other lodges, but the shorter season at Dymond Lake gives it a certain exclusivity that sets it apart. Button Bay to the south of the lodge is one of the first places on Hudson Bay to freeze over in late fall. Polar bears anticipate this and migrate to this spot in the fall, patiently awaiting freeze-up so they can begin their annual seal hunt. As they bide their time, we have the privilege of observing and admiring these amazing Lords of the Arctic.

There are eight guest rooms total at Dymond Lake, housed within two micro-lodges. Each micro-lodge has a cozy lounge overlooking the lake, with wood-burning fireplaces that are stoked by the fire fairy in the middle of the night. After a three-day stay at the lodge, you head back to the historical frontier town of Churchill, where you can join a dogsledding tour. Then, after a cozy night’s sleep at the Polar Inn, you spend the day out on the tundra with Frontiers North, watching polar bears from a new angle. Two unique polar bear viewing experiences on one trip. While on your Tundra Buggy adventure you also get the opportunity to enjoy a meal prepared by the matriarchs of our lodges, Helen Webber and Marie Woolsey, authors of the best-selling Blueberries & Polar Bears cookbook series.

It’s just the best one for you.

About Allison Francoeur (Reimer)
Allison is the daughter of Churchill Wild co-founders Mike and Jeanne Reimer. One of their four adventure-loving children, Allison grew up in the Arctic watching and helping her parents build Churchill Wild from the ground-up. Allison brings an authentic voice to our blog and we’re excited to have her join us as a contributing writer.