We couldn’t imagine a better image to represent International Polar Bear Day 2022, than the one above taken from a painting by renowned polar bear artist Kal Barteski.

“It’s been a long time coming,” said Barteski on her Web site. “And it is not my idea alone. I live in a province that is home to one of the largest populations of denning mother polar bears. I believe wholeheartedly that this is a responsibility not to be taken lightly. I believe that when mothers, of any creature, are treated with respect and dignity – their children thrive. I also believe that polar bears are a mighty, mighty spirit that should be supported, honoured and cherished.” People from around the globe celebrate International Polar Bear Day each year by reducing their impact on the environment, while also creating awareness about the impact of the warming climate, especially where it concerns polar bears. Bear in a bed of fireweed. Photo by Dennis Fast

Polar bears not only need the sea ice to maintain their high dietary requirements, but they also use it for travelling, socializing and finding mates. Some studies indicate that less time on the ice leads to weight loss and physical deterioration in polar bears. Theories that correlate declining polar bear populations with a reduction in sea ice make sense, but we have not personally seen an increase in unhealthy bears around our lodges, nor have we seen a reduction in the number of polar bears that visit us on the Hudson Bay coast from summer through fall. 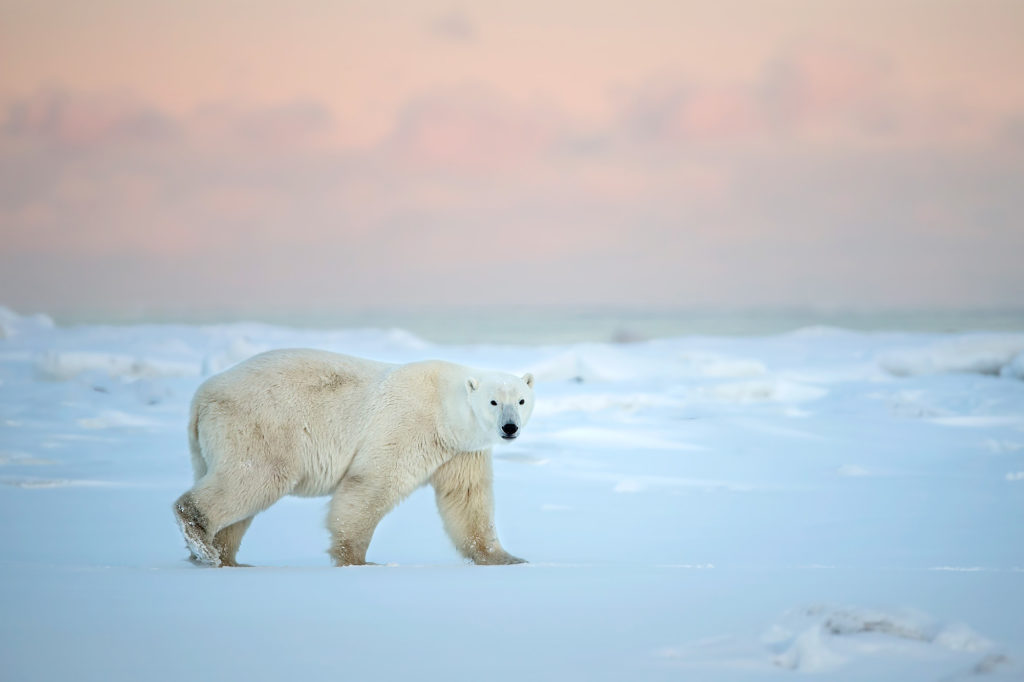