We couldn’t imagine a better image to represent International Polar Bear Day in 2018, than the one above taken from a painting by renowned polar bear artist Kal Barteski.

“It’s been a long time coming,” said Barteski on her Web site. “And it is not my idea alone. I live in a province that is the home to one of the largest populations of denning mother polar bears. I believe wholeheartedly that this is a responsibility not to be taken lightly. I believe that when mothers, of any creature, are treated with respect and dignity – their children thrive. I also believe that polar bears are a mighty, mighty spirit that should be supported, honoured and cherished.” “Life began with waking up and loving my mother’s face.” ~ George Eliot 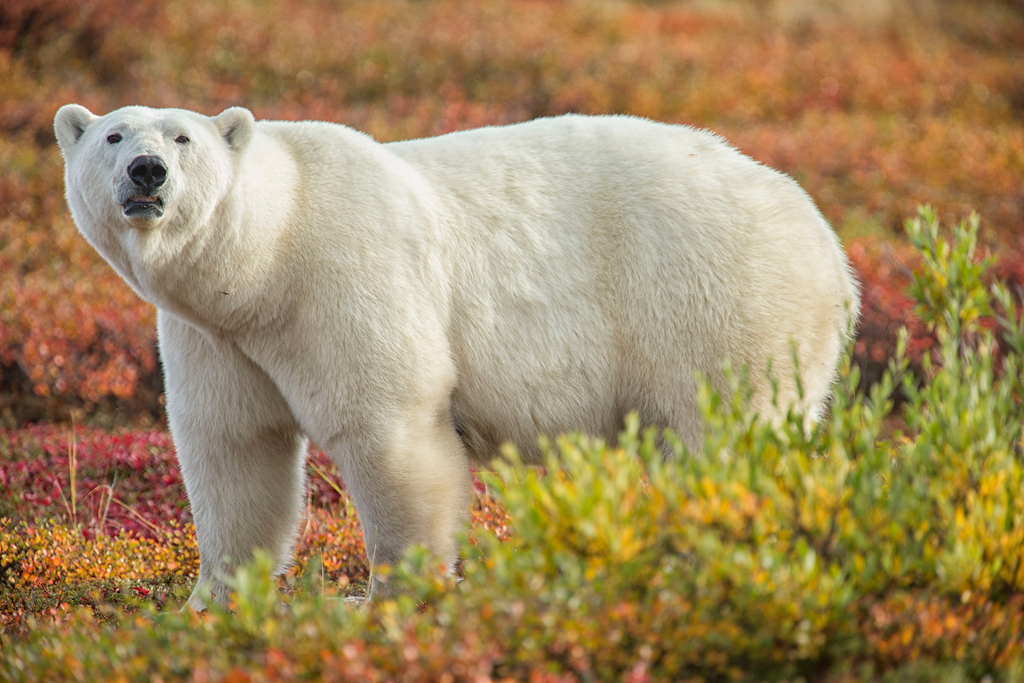 Out for a stroll at Dymond Lake Ecolodge. Michael Poliza photo