Cloud Wolves Back in Action at Nanuk!

By Churchill WildOctober 31, 2022No Comments 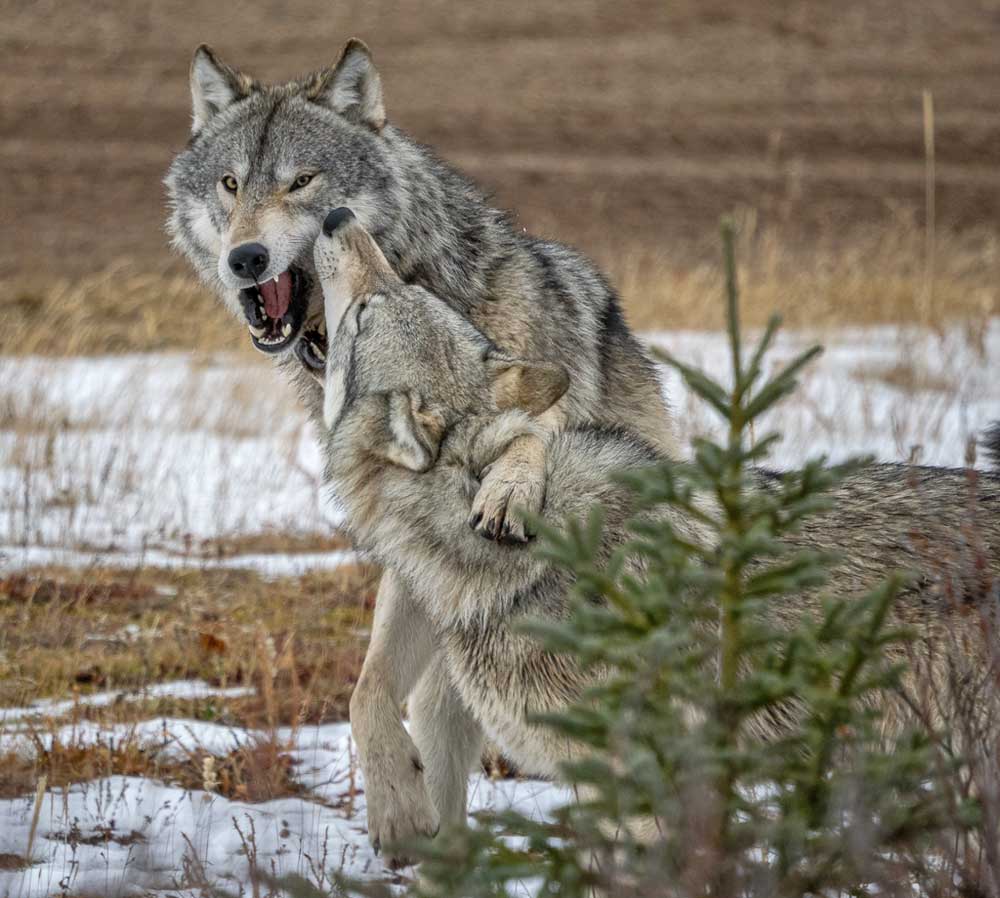 How do you follow up a perfect 10 in Aurora Borealis viewing on the Hudson Bay coast at Nanuk Polar Bear Lodge? Well let’s bump that to a perfect 15 in wolf encounters!

Though our wonderfully patient guests had enjoyed three spectacular nights of mesmerizing northern lights they were beginning to get a little restless. Overly warm conditions had left the coastline a bit of a soggy trekking mess hence our great white bears seemed to be avoiding getting their paws muddy and had yet to grace us with their presence.

Churchill Wild guides go all out when the pressure is on and that was proven again this morning. Emri, Mike G. and Jordan took their group east to see if they could break a slippery path through to the Mistikokan in anticipation of spotting their second bear of the trip. Adam and Jimmy headed west with a film crew in tow fighting the same mud further complicated by very high tides. The pack is back at Nanuk Polar Bear Lodge! Michael Gerhartz photo.

They were only 20 minutes out when the radio scoop began to fill with excited chatter, announcing 15 great reasons to have a camera in hand today! That’s right, no less than 15 wolves came trotting down the beach ridge west of the lodge, tails wagging, obviously glad to see their human friends. It’s been over a month since we last crossed paths with this pack and the gangly pups have since blossomed into full on members of the team, still some puppy mannerisms, but looking ready to contribute to the hunts. It would have been fun to speak their language and ask what adventures they’ve been having but the hunting appears to have been very good, and all members of the pack are in top condition. The pack is in excellent shape and ready for winter at Nanuk. Michael Gerhartz photo.

There are likely more than a few moose that’ll spend some time eluding these professional hunters this coming winter, but judging from the large numbers of moose being spotted, they aren’t doing too badly either.

All bodes well for the Cloud Wolves of the Kaska Coast safari.

Now for the polar bears!