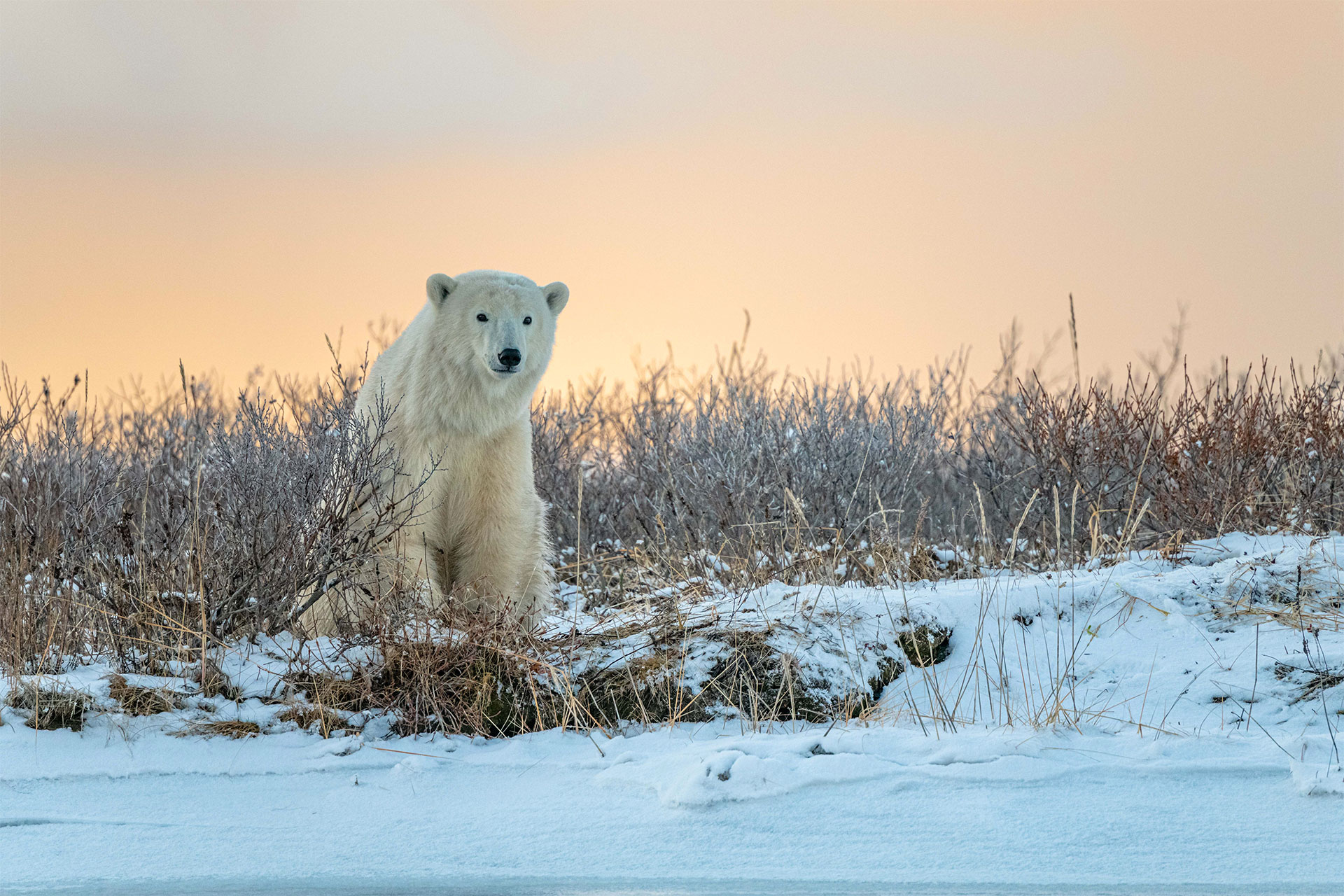 The secret is in the eyes. Image courtesy of True to Nature.

Narrated by Oscar-nominated actor and producer Tom Hardy, the landmark five-part series follows five of nature’s biggest predators in their fight for survival in the wild. The series premiered on Sky Nature and streaming service NOW on December 11, 2022, with Episode #1, Cheetah. Churchill Wild’s polar bears are featured in Episode #2, which airs on December 18, 2022. The series is also coming to Netflix in the spring.

Much of the footage for the polar bears episode was filmed at Seal River Heritage Lodge, including all the summer and ice scenes. The Seal River footage was captured on six different shoots over 10 months and four seasons. and produced an incredible 89 terabytes of video.

“We are incredibly proud of all your hard work to deliver the episode,” said Emma Brennand of True to Nature, in an email to Churchill Wild co-owner Mike Reimer. “We couldn’t have done this without your contribution. Tom Hardy’s narration is brilliant, and he brings the energy and star status that the bears’ story deserves. I really hope that we can shine a light on the story of these important bears to encourage our audiences love of the natural world and ignite a drive to protect it.”

Each episode of the series is focused on a specific predator in different part of the world, and follows the real-life dramas of cheetahs in Tanzania, polar bears in Canada, lions in Botswana, pumas in Chile and wild dogs in Zimbabwe, as they are put to the test among the evolving landscapes and environment.

These five apex predators face the ultimate test to survive as their rapidly changing world impacts both their own lives and that of the wild kingdoms over which they rule. Those at the top are now being challenged. Territories are being redrawn and new relationships formed.

In this ever-shifting landscape, each predator must overcome new challenges and grasp new opportunities. This is the ultimate power struggle, and the stakes have never been higher – who will win and who will lose?

The series follow the five predators at critical moments in their lives, as they attempt to secure the future for the next generation. Grappling with multiple responsibilities, they are deadly hunters, caring parents, and cunning survivors who hold secrets and thrilling stories in their quest to survive.

As an Academy Award® nominated actor and producer, series narrator Tom Hardy has quickly become one of today’s most versatile and sought-after talents. He is best known for his leading roles in The Revenant, Mad Max: Fury Road and Legend, all of which led to him being honoured with the prestigious British Actor of the Year award by London Critics’ Circle in 2015.

The series was commissioned by Zai Bennett, Sky’s Managing Director of Content, and Poppy Dixon, Director of Documentaries and Factual. Predators is executive produced by Wendy Darke. Showrunner for the series is Vanessa Coates and series director is Dan Smith. Produced by True to Nature and Sky Studios, in association with Netflix, Predators is distributed by NBCUniversal Global Distribution on behalf of Sky Studios.

“‘This series celebrates some of the most exhilarating and impressive animals on earth, whilst recognising the impact of climate change on their lives and habitats,” said Dixon. “To bring Predators to life with one of the UK’s most gifted and reputable talents, who has a passion for environmental causes, is a great pleasure.”

Churchill Wild will also be receiving additional behind-the-scenes footage of “Predators Up Close” which will offer insights into what it’s like to work with the guides and staff at the Churchill Wild lodges and some of the challenges that working in remote areas have, as well as a sustainability piece.

We’re looking forward to watching this, and we hope you are too!