Black bears usually have purely black fur, occasionally with a white patch on their chest, but they can also come in shades of brown and cinnamon. They have small, round eyes and a brown snout.

Their ears are much larger than a polar bear’s, but their stature is much smaller. They have deeply curved claws that allow them to climb trees quite adeptly. The lips of black bears, unlike those of other animals, are free from the gums, so they can be used alongside a long, agile tongue to eat such foods as tiny blueberries and ants. 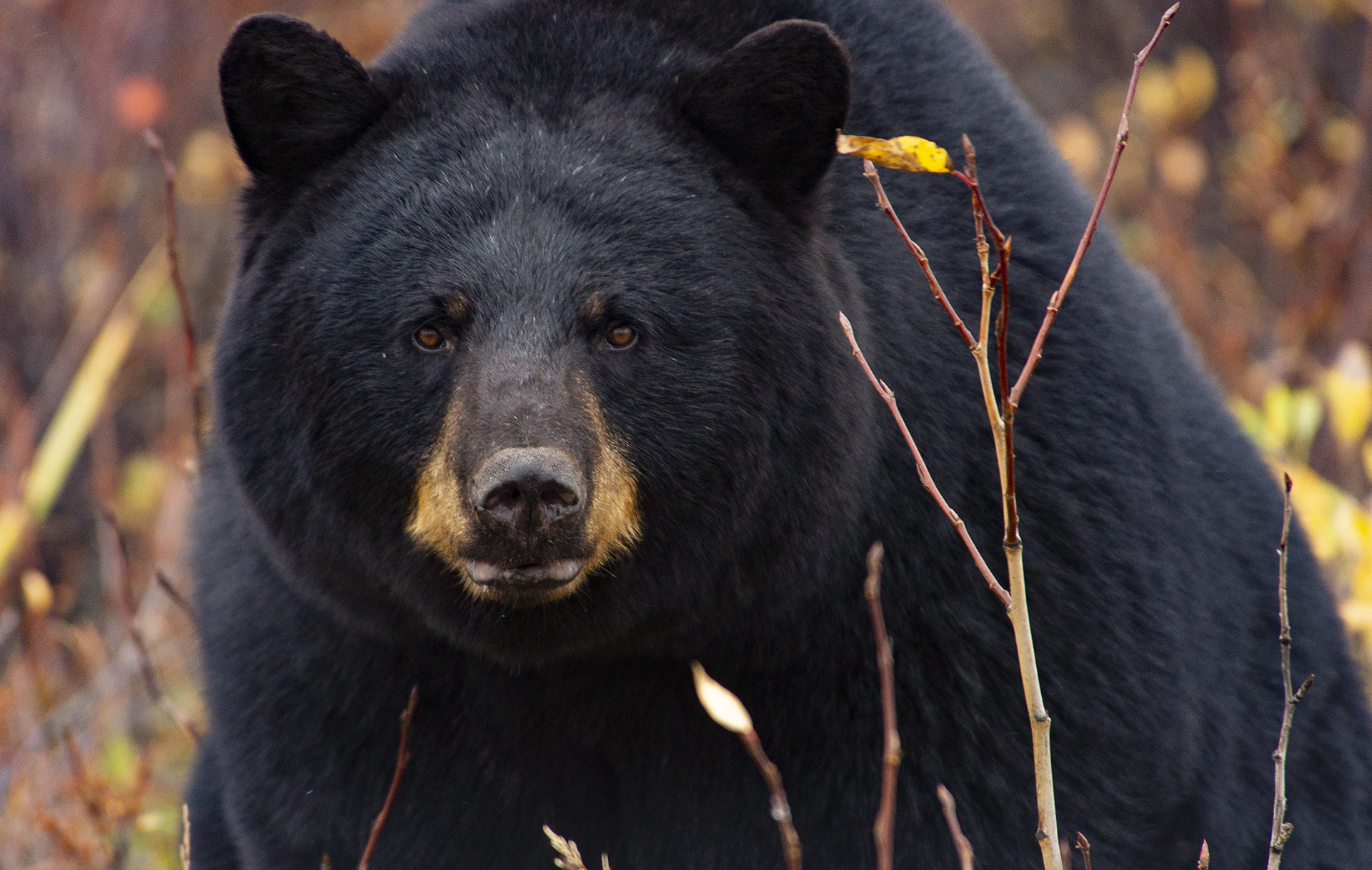 Black bears are found in every province of Canada except Prince Edward Island. They can also be found in northern Mexico and most of the states in the USA. Their extensive range overlaps with that of the polar bears who live along the southern Hudson Bay coastline and with the grizzly bears that live in Western Canada.

Female black bears have a smaller territory than males, and sometimes a male’s territories will overlap with hers, but black bears do not share territory with the same sex.

Black bears aren’t high producers of young and cubs face a high mortality rate. It takes three to five years for females to reach sexual maturity. At that point, they usually fall pregnant every other year. Cubs are born in the hibernation den between January and February and while females can have up to five cubs at once, the average is two. 50 percent of cubs die within in the first year.

Black bears have been documented to live up to 30 years, though in the wild they typically don’t live past 10 years of age, though they can live around 25 to 30 years. Currently, there is an estimated 800,000 black bears in North America. This is considered a healthy population.

Black bears are omnivores and the majority of their diet is made up of plants, around 80 percent. They’re not afraid to dive into a bumblebee nest, eat ants, voles, grasses and berries. They will also scavenge road-kill and garbage when living near humans. They can also hunt and kill their own prey, usually calves of deer, moose or elk. Spawning salmon are also a tasty treat for them (Western Wildlife, n.d.).